A New Slant On Daylighting

The view from the 40th floor is big, bright, and breathtaking. But then again, Toronto’s EY Tower is all about taking your breath away, with a 20th century splendor remade into 21st century spectacular. Completed in 2017 as part of the Richmond-Adelaide Centre of the downtown Financial District, the EY Tower at 100 Adelaide Street West stands nearly 620 feet and encompasses a total area of over 900,000 square feet. It also has bragging rights as Toronto’s first AAA office building with LEED Platinum certification. Aesthetically, the structure is most notable for its dynamic, slanted glass expanse rising 40 stories above the reconstructed façade of the historic Concourse Building, the site’s previous long-time resident. 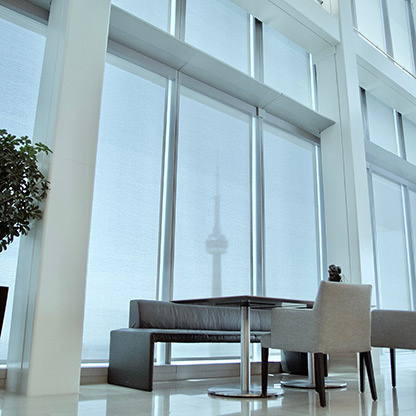 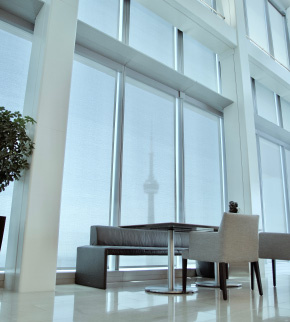 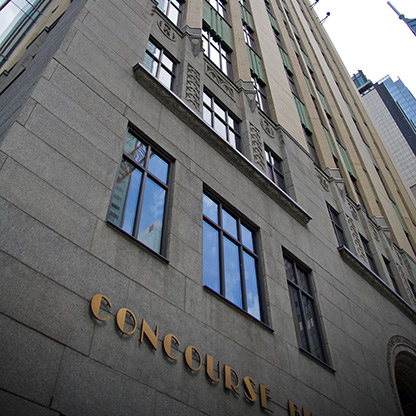 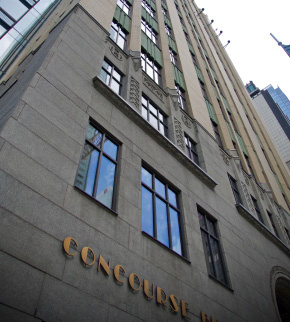 For eighty-five years, the Concourse Building was an iconic, art-deco marvel in the heart of the city, famous for the decorated Romanesque arch that graced its entrance and the vivid depictions of machine and nature found in its mosaics by celebrated Group of Seven artist J.E.H. MacDonald. With the Toronto Industrial Commission as its tenant, the building became a center to promote the city as a leader of finance and business in Ontario. Over the years, the Concourse Building fell into disrepair, but when the site was purchased in 1998 to make a way for a modern office tower, the decision was finally made to save much of the building’s former glory even in the face of new construction. The Concourse Building was demolished in 2013, but not before the exquisite art-deco detail—from cornices to crafted stone—was saved and stored away, to be used in the reconstruction and integrated with the new architectural design.
That new design includes exceptional modern workplaces with an emphasis on sustainability, technology, and the occupant experience. Much of the building features nine-foot floor to ceiling windows with clear low-E glazing, which improves solar and thermal performance, maximizing daylight and keeping the building temperature comfortable and consistent.

Adding a shading system to enhance daylighting benefits presented a challenge for the EY Tower’s slanted windows like those on the 40th floor. Angled at twelve degrees from ninety, those windows required the customized system that Legrand was able to provide, with a mechanism fitted with the slant of each window, for a result that was both practically effective and aesthetically pleasing. And for the upper windows of the 40th floor’s dramatic, multi-story amenity space, a sun-tracking system was included along with keypads for local control, giving occupants full control to make the most of the automated system, as well as Legrand shades patented manual override. 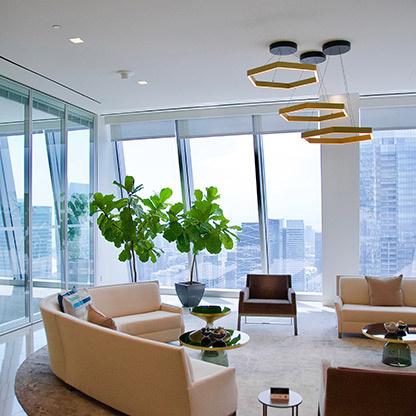 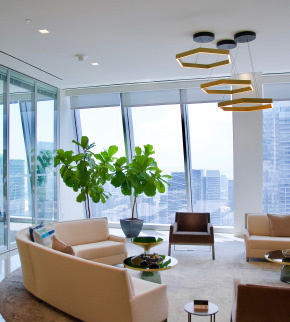 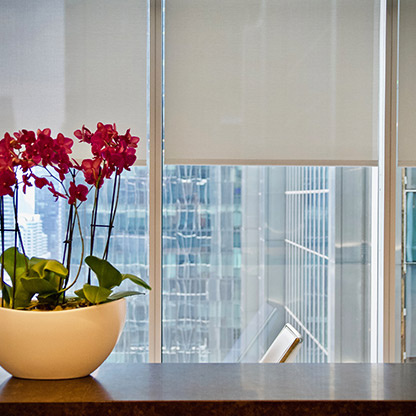 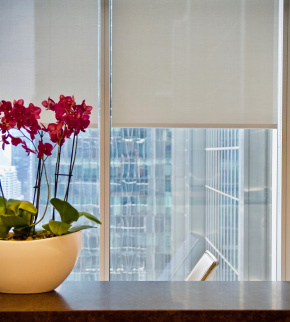