CIBC Square is at the core of Toronto's downtown construction
June 08, 2020

When fully completed, CIBC Square will represent nearly three million square feet of commercial space added to Toronto’s South Core neighborhood, with a state-of-the-art office campus featuring two towers of 49 and 50 stories connected by a one-acre elevated park spanning the rail corridor to Union Station, and home to such business names as Microsoft, AGF, and of course, the Canadian Imperial Bank of Commerce.

The first tower at 81 Bay Street, slated to open in mid-2020, already shows off much of its architectural splendor, with its striking gem-cut-like façade shimmering on the skyline, and its floor-to-ceiling windows of acoustically optimized glass giving a hint at the panoramic views of Lake Ontario in store for its future tenants.

A central focus of the entire CIBC Square development is the well-being of its eventual users. That includes not only its tenants, but also the daily visitors expected to frequent its soaring public spaces. And with attention on being an environmentally responsible member of its surrounding community, the entire complex is engineered to LEED ® Platinum and WELL Building Standards™ specifications to meet the highest energy efficiency and sustainability in every detail.

​​​​​​​ One simple example of that attention is the window shading selected for use in the 81 Bay Street Tower. Made of 100% recyclable polyester fabric, the 7,100 shades installed by Legrand will be hung at a customized angle to fit the tower’s uniquely slanted windows, helping to achieve the promise of optimum occupant comfort and energy-efficiency in the interior office spaces. 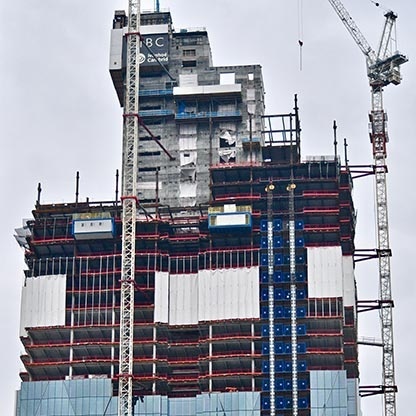 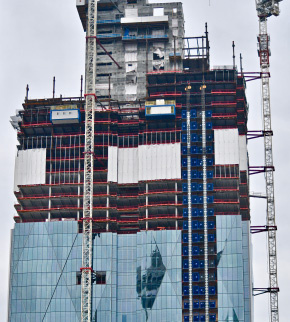 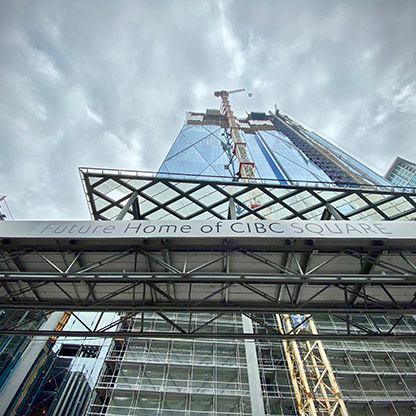 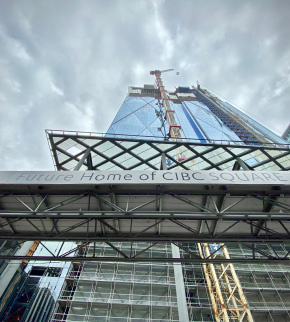 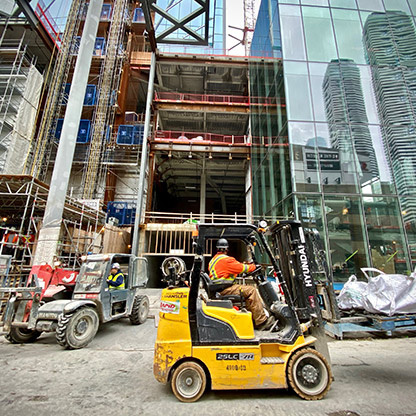 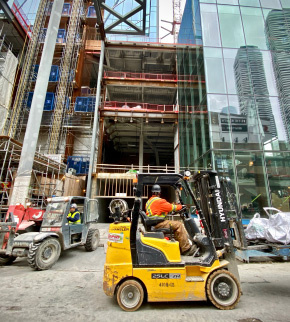