Located in the bustling Toronto suburb of Scarborough, Ontario, Centennial College’s Ashtonbee Campus is home to its School of Transportation and one of the largest automotive and aircraft technology training centers in Canada. So it’s no wonder that the award-winning design of its library building is meant to integrate the busy pedestrian and vehicular traffic outside with the study and research of transportation inside. Known on campus as “The Hub”, the building is home to the 31,000-squarefoot Ashtonbee Campus library, along with multiple professional learning spaces, and offices dedicated to student life and career enhancement. The Hub is the center of campus activity, and its material palette of stainless steel and fritted glass give it a feel of coming and going—with a warm welcome in both directions. On a sunny afternoon, walking through the place is an experience of being indoors and out at the same time. Its floor-to ceiling windows surround you with dynamic street views and a sun-filled interior space that would inspire student and educator alike.

The Library building is the most recent addition to the Ashtonbee campus, one of ten campuses that comprise Centennial College, which in the 50-plus years since its founding, has grown from a local community college to an institution with an internationally diverse fulltime student body of 25,000, and consistent ranking in the top ten of Canadian Research Colleges.

Taken as a the whole, the Ashtonbee Campus is a lively, vital example of architectural renovation. Located on Centennial College’s oldest property, the campus has seen the successful transformation of the former headquarters of Volkswagen Canada into two-stories of learning space, with full-size transportation labs and workshops, as well as a bookstore, cafeteria and 300-seat auditorium.

The Ashtonbee Library building was added as part of a campus expansion that got underway in 2013 and was eventually the recipient of multiple architectural design awards, including the 2016 Lieutenant Governor of British Columbia Award in Architecture and the 2017 Ontario Association of Architects Award for Excellence in Design. 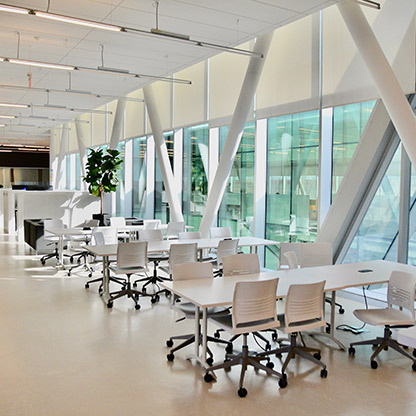 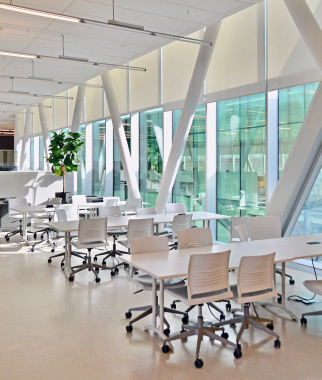 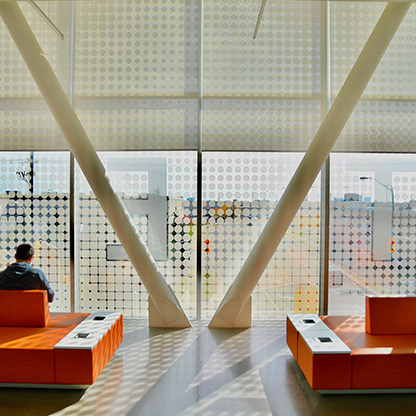 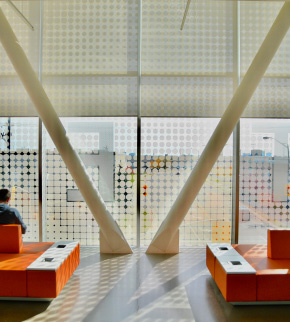 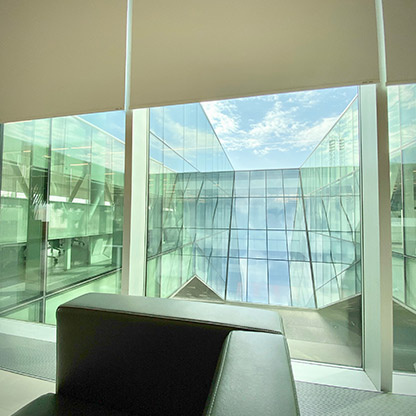 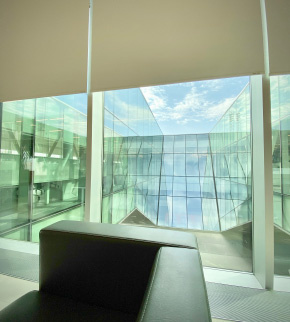